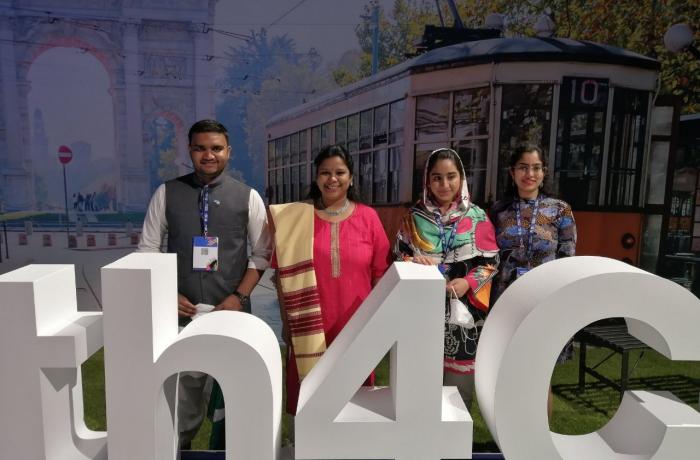 Today almost 400 delegates aged 15 to 29 will deliver the final document with their climate proposals to the ministers who will participate in COP26. Asian delegates shared their concerns and hopes with AsiaNews. Yesterday the Pope said: “I wish to thank you for your dreams and good projects and for the fact that you are concerned both with human relations and with care for the environment.”

Ranging in age between 15 and 29, participants were selected respecting the proper geographical and gender balance, and include young researchers, activists, founders of organizations fighting against climate change, sociologists, engineers, and journalists.

Organised by the Government of Italy, the meeting was designed to give young people an opportunity to discuss and formulate concrete proposals to tackle climate change.

Italy’s Minister of Environmental Transition Roberto Cingolani promptly responded to her, saying that “Climate change and global social inequalities must be treated together. There is no single solution. I hope that in addition to protesting, which is extremely useful, you will help us identify new visionary solutions; this is what we expect from you.”

Participants accepted the challenge, and after two days of discussions, they will deliver their proposals to the ministers set to take part in the 26th Conference of the Parties (COP26) in Glasgow next month.

Handing over their proposals in a final document, the young people seem to be telling the older folks: “These are our climate solutions, now think about putting them into practice”.

In a video message yesterday, Pope Francis thanked young people for their “dreams and good projects”. In his view, “People and the environment must be harmony”. In fact, “We are not enemies; we are not indifferent,” he added.

Now that the time has come to deliver the results of the three-day meeting, some delegates wonder whether world leaders will not just throw them away.

Jan Kairel Guillermo, who is not a delegate but is part of the commission that selected some of the young people, the event is important, especially after two years of global pandemic during which young people met online.

“I am excited by the stories young people tell,” he told AsiaNews. “But until the United Nations creates a mechanism that allows institutions to include youth contributions in international treaties, we can’t really make a difference.”

Jan, who is 28, is critical because he already works for the United Nations in Geneva and is at the conference as coordinator of working groups. He also personally experienced the effect of climate change.

“In 2013 I survived one of the most powerful cyclones ever recorded. It’s not just that I care about the climate. My province, Leyte, was almost completely destroyed by Typhoon Haiyan.”

Even Heeta Lakhani, 30, comes from India. She understood from a very young age that taking care of the environment is important.

“I come from Mumbai, which is a coastal city. On the waterfront, there used to be a gorgeous row of palm trees. One day I passed by and the trees had been uprooted for a project to beautify the city. I didn’t understand how it could be more beautiful that way.”

Her first time at an international event was as a translator. “In 2015 I took part in COP21 in Paris, to translate from the German. After that experience I realised that it is possible to change things if you get involved. I quit my job, enrolled in a master’s degree in Environmental Studies, and started volunteering for the climate.”

Heeta is now a member of YOUNGO, the youth committee of the United Nations Framework Convention on Climate Change (UNFCC).

Indigenous communities were also represented in Milan. Anish Shrestha, 29, comes from Nepal and is acting as their spokesperson. “I am here to give voice to the people of South Asia, who bear the burden of climate change even though they pollute less than developed countries.”

Back home, Anish founded the Youth for Environment Education and Development (YFEED) Foundation to protect the rights of the indigenous peoples of his country, where nearly 36 per cent of the population is indigenous.

Indigenous people are both among the main victims of climate change and a fundamental player in mitigating the harmful effects of human action on the climate. “Ecosystems are in danger. In Nepal, the melting of the Himalayan glaciers is a very serious problem,” Anish told AsiaNews.

“We are losing a fundamental resource for tourism,” he explained, “but also for traditional practices. Young people abandon farming because fields are less and less fertile. Climate change has an impact on the lifestyle of indigenous peoples but also on the economy of the whole country.”

Taimoor Siddiqui hails from Hyderabad (Pakistan). He speaks excitedly, his eyes shining when he talks about how necessary it is for less developed countries to cut CO2 emissions as well.

“According to the Climate Index, Pakistan is the fifth in terms of climate vulnerability. We are beginning to invest in order to meet the United Nations Sustainable Development Goals of the 2030 Agenda, but we continue to be a fragile country.

“If the most developed countries have made it, why can’t we do it too?” wonders Taimoor who, as an activist, has involved almost 17,000 people in his educational initiatives.

“The most developed countries are like bigger brothers for developing countries. We have to think like a family, because sharing is caring.” Sharing (financial resources, in this case) is an act of caring that is good for everyone.

Finally, Mayumi Sato, 26, from Japan, studied at the University of Cambridge and is now doing a PhD on the impact of climate change on prisoners.

“Many prisoners have a mobile phone and tweet about their conditions in prison; they also talk about air pollution because prisons are located near places where toxic products are released.”

Although environmental and social issues intersect, Mayumi is realistic. “It is clear that the Y4C is not a very concrete event from many points of view.

“No one expects a solution after two days of negotiations between 400 young people from all over the world. But just being here, talking to each other in person, is important to understand what climate change means in a country other than your own. It is a process that helps keep the momentum going among the youngest.” 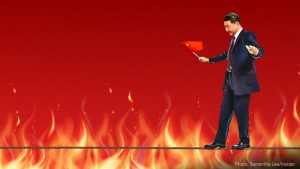