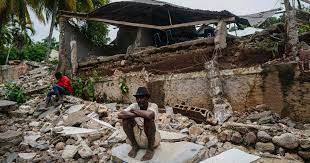 The magnitude 7.2 earthquake on Saturday destroyed more than 60,000 homes and killed nearly 2,000 people.

United Nations chief Antonio Guterres is reaching out to the people Haiti, days after the Caribbean nation was stuck by a magnitude 7.2 earthquake  that killed nearly 2,000 people and left thousands homeless.

In a tweet on Wednesday, as the nation was again threatened by the prospect of heavy rains in the wake of Tropical Storm Grace, Guterres said, “You are not alone. We stand by your side in these trying times.”

Saturday’s earthquake destroyed more than 60,000 homes and damaged 76,000 more, leaving Haitians living in temporary shelters, some of which have washed away amid the rains and landslides from the subsequent tropical storm that has further hampered aid efforts.

“We have trapped victims and overwhelmed hospitals,” Etienne said, saying Haiti’s Ministry of Health is asking for “general and specialised medical personnel to the affected zones and to obtain medicines and medical supplies such as antiseptic drugs, orthopaedic external fixtures and others.”

The UN’s children’s agency UNICEF said that more than half a million children have been affected by the disaster.

Rescue efforts have also been hampered by political chaos a month after the assassination of President Jovenel Moise  in a country still recovering from an earthquake 11 years ago that killed more than 200,000 people.

The Haitian government has declared a month-long state of emergency in the four provinces affected by the quake, with many residents complaining of they lack the most basic types of aid, such as food, clean drinking water, and shelter from the rain.

“No one from the government has come here. Nothing has been done,” Roosevelt Milford, a pastor who has appealed for help over local radio waves on behalf of those rendered homeless in the coastal town of Les Cayes, told The Associated Press news agency.

Meanwhile, the high level of crime has forced some residents to create their own security teams and forced aid providers to negotiate with armed groups to reach some of those in need.

The USS Arlington, a US Navy transport ship, is also due to arrive in Haiti on Wednesday with a surgical team on board, the Pentagon’s Southern Command said.

Latin American countries including Chile, Colombia, the Dominican Republic, Mexico, Panama and Venezuela have also sent food, medicine and supplies, while the US also dispatched supplies and search and rescue teams.

The UN, for its part, has allocated $8m in emergency relief funds to Haiti in the wake of the earthquake.

Speaking to the AFP news agency from Les Cayes, Natacha Lormira said residents were afraid to shelter under heavy material, for fear of further collapse.

“I don’t want to hide under a gallery or under a corner of a wall because we have seen people die under wall panels,” she said. 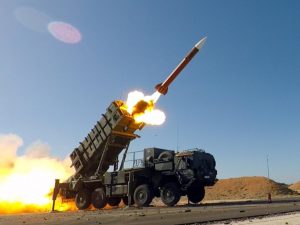 A new weapons deal between the US and Australia has been confirmed as tensions with China continue to rise. 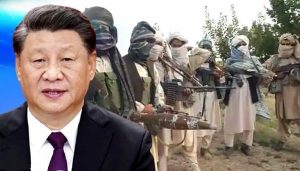 Afghanistan: The pledge binding al-Qaeda to the Taliban 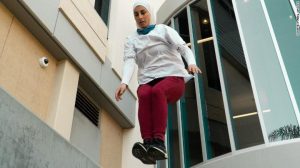 ‘It makes me feel like possibilities are endless’: Meet the Muslim women using parkour to feel free

A new weapons deal between the US and Australia has been confirmed as tensions with China continue to rise.

Afghanistan: The pledge binding al-Qaeda to the Taliban